"When I Go" EP, and Catching Up From Our Year 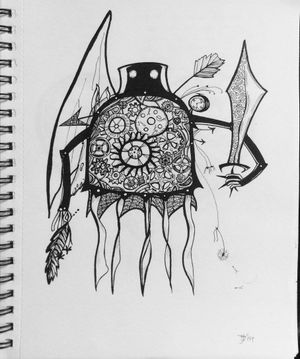 Hey everyone. Figured I'd jump on here, and update on our lives, since it's been one hectic crazy year since I last updated. Explanations commencing. (P.S. If you want to skip the story and get to the 3-song EP, ‘When I Go’, check it out on our music page.)

We are still at Hume Lake Christian Camps, in the middle of the Grand Sequoia National Forest, and still loving it, after almost 16 months of living here. Winter just ended-- like, 3 weeks ago. Basically, no spring or autumn really abide here; it's 4 months of summer, and then pretty much the rest is winter. 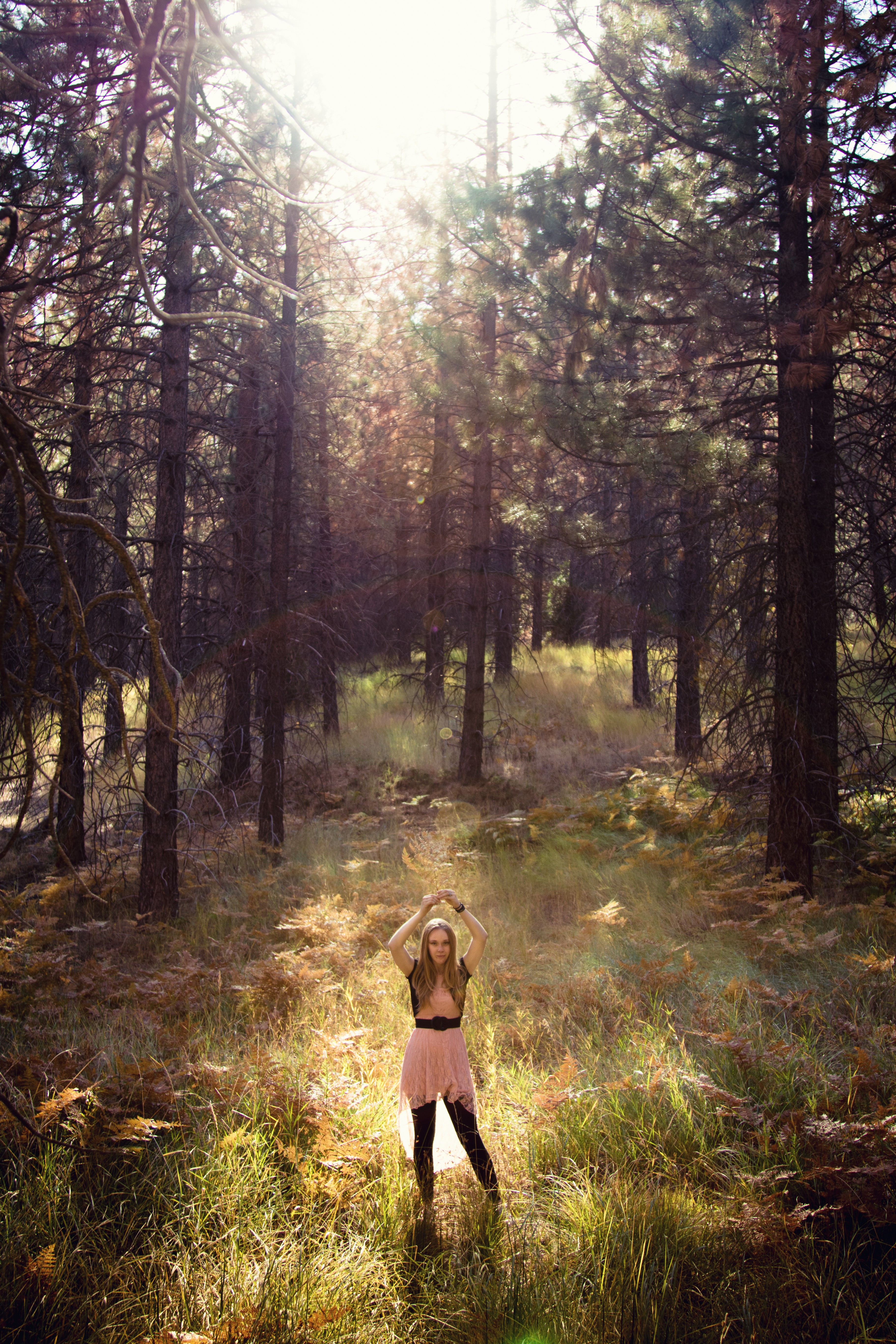 Colton is still being all chef and cook currently, while I recently made the move down from 52 hours a week-ing to 2 days of work, and the rest to being a wife-- which is pretty much my favorite job in the world, I've decided.

This past year was extremely rough-- hence no one really hearing from us in a while. August 21st, I started feeling super sick with stomach pains and chronic fatigue and constantly bummed out for no reason. Started going to a doctor in November, where they told me I might have some genetic mutation, and therefore, I need to stop eating everything, and they narrowed it down to like, four foods. (Those of you who have faced this road-- you, my homies, know what I'm talkin' 'bout.) That, and quit being around every environmental toxin I can.

These things, in theory, helped for 3 months, as we spent ALL our paychecks on tests, supplements, organic foods and expensive doctor phone calls and appointments. But then February hit, and all of a sudden, I couldn’t eat ANYTHING without pain, even the organic, GMO/Pesticide/Insecticide whatever whatever free food.

By Easter, I was done with eating in general, and quit altogether.

Simultaneously, throughout the year, people at Hume kept telling me about these doctors that came to Hume occasionally, but I never considered them till Easter week, when someone reminded me of them. But none of us knew the names or locations or anything about these doctors.

So at work Easter week, I prayed that if God wanted me to go to this doctor, He’d sure let me know quick, ‘cause at this point, I was pretty much certain God’s will might be for me to starve to death, and it that was what would glorify Him, I was gonna’ go along with it.

An old Hume friend saw me, and asked me how I was. I lied—I’m totally doing great.

She approached me later.

So I spilled my guts. She listened. We talked for an hour—half of that in the bathroom. Someone she knew had the same issues, and she knew one of the doctors pretty well, who had helped this person get better quickly.

She gave me the info. I had an appointment later that week.

This doctor loves God, loves people pretty well, and prays with us before our appointments, because, they say, they don’t give the healing—God does.

It’s now been almost 2 months, and I can eat everything again without getting sick. I still have a bit to go—there was a virus in my femur that had been there since I was conceived, stealing nutrients undercover as something my body thought should be there. It had shut down mu stomach and endocrine systems, and was working on the rest of my poor fightin' bod. The doctor—and God—killed that thing quick, and my body’s healed swiftly since.

Anyways, so the past 9.5 months, I’ve pretty much been out of commission completely. But man. God’s amazing. And He was there, closer than I’ve ever experienced in my whole life, the whole time, day in and day out, through tons of sleepless, panicked, stiff-bodied nights and hopeless, dark, worn-out days. I know it’d be stupid to doubt Him again, though, being human, I probably will. But He’s proven that, even despite my quick lack of trust and faith in Him, He still is faithful, and doesn’t leave me alone, ever-- which I needed more than anything.

So there you go. Darkest point of my life, and yet the highlight of my year. He caused me to sing even in the worst pain I’ve known. 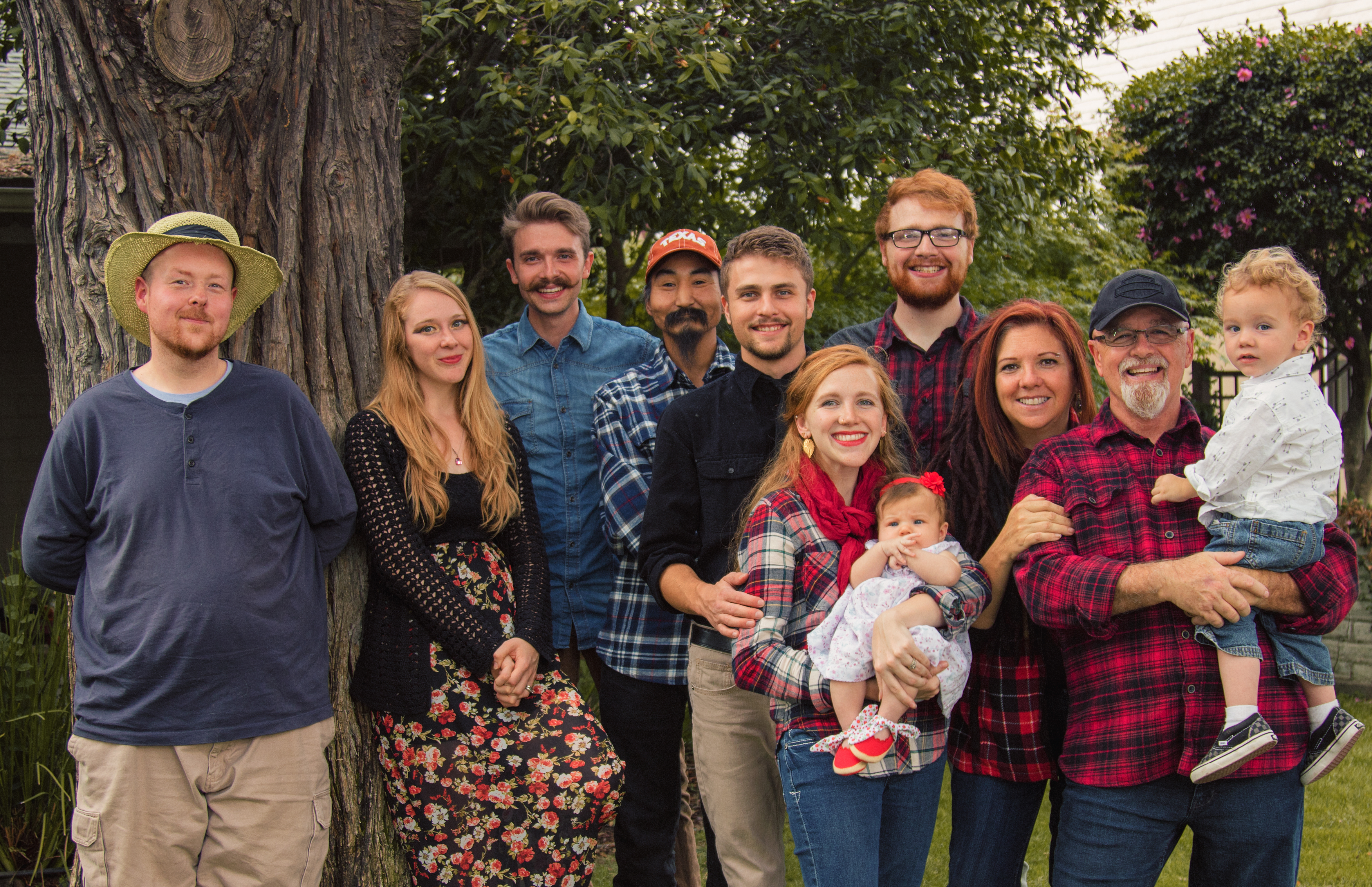 As for the stuff you probably actually want to know about, music has been slow going on account of these things, yet not non-existent. We spent the winter applying ourselves to growing in our knowledge and skill with our instruments—piano for me, guitar for Colton. Now that I have time to do things and live again, I’m working on a 6-9 song EP.

Also, I made an EP called 'When I Go' for my childhood bestie Amber Cole, my lost girl musically-talented twin Sydney Fontaine of De Le Croix and Space Camp Council, and my three beastly bros. I just never released it, till today. (Check it on our Music Page.)

We did play a lot of dates last year for the camp, as the worship band, which was SO FUN. Doing that again this year, and REALLY looking forward to it.
Colton has been starting up a photography business (called Jack Davy Photography), for weddings, artistic photoshoots, and photo art. You can see some of his work at https://www.flickr.com/photos/154685746@N05/ . I think he’s pretty cool. And it’s been fun getting to be in some of his photoshoots.

I spent all year, almost every day, attempting to improve in writing fiction novels and fantasy. Working on a book now, though I’m not ready to share any chapters quite yet (though I’m intending to post them for the world to see).

That’s the year, in a quick nutshell. I hope you enjoy the 3-song EP, and all these fantastic Colton-shot originals. 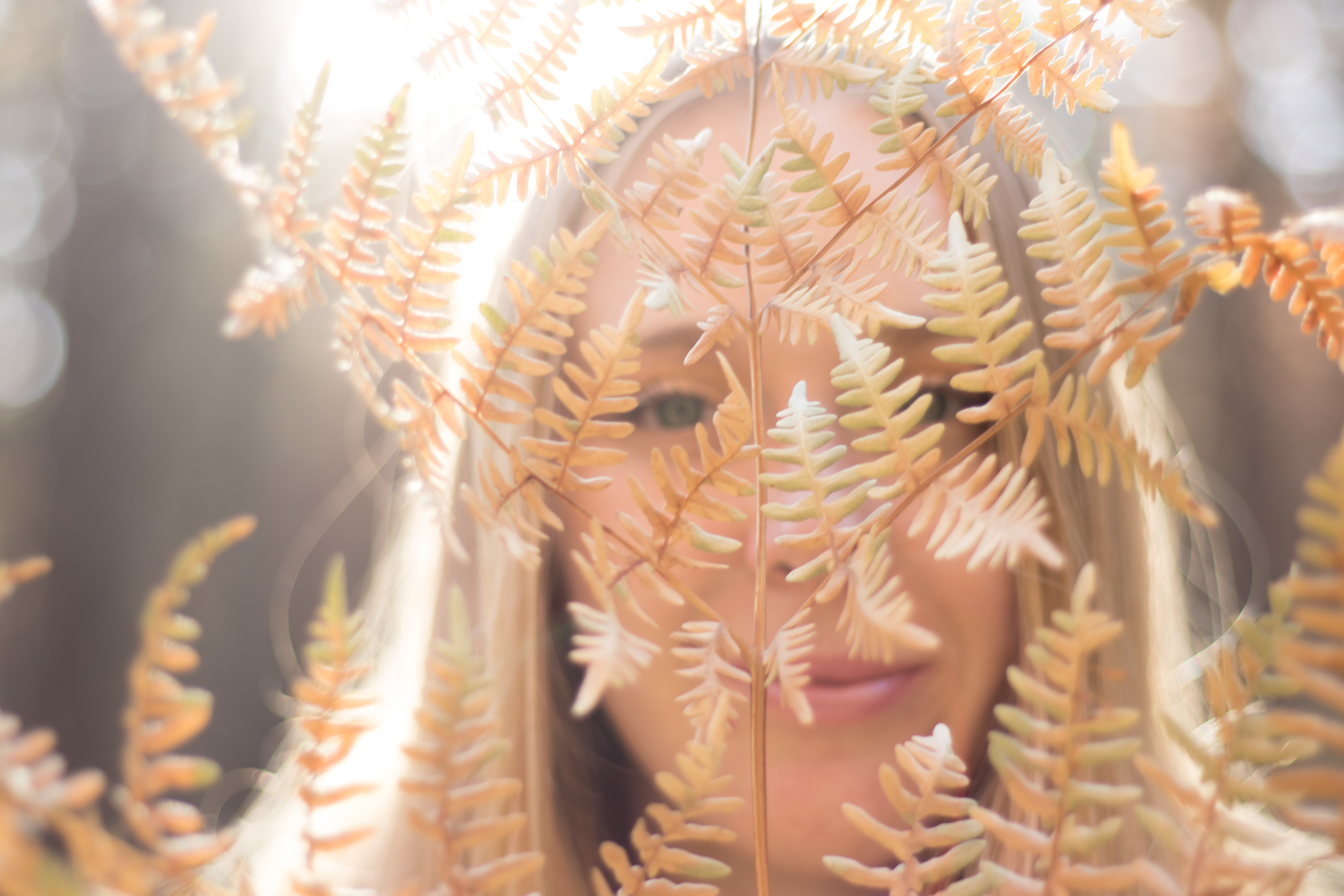 Another day another year. As you look over the last year and reflect over what you did and where you've come; do you ask yourself were you who you wanted to be? Are you pretending to be something you're not? Are you letting things go on in your life that, because it is painful, you sweep under the rug? Let's make this year a year of change. Let's

Another day another year. As you look over the last year and reflect over what you did and where you've come; do you ask yourself were you who you wanted to be? Are you pretending to be something you're not? Are you letting things go on in your life that, because it is painful, you sweep under the rug? Let's make this year a year of change. Let's make it a year of healing in our relationships. Let's face our struggles. Let's stop pretending that we have it all together. Let's be the person that we've always wanted to be. The only way for that to happen is through a life humbly submitted to Jesus Christ. He is our only hope for restoration in our broken lives, relationships, and messy minds. Stop Pretending He isn't there. Turn your life around to Christ and be healed. There is hope. Happy New Year friends. 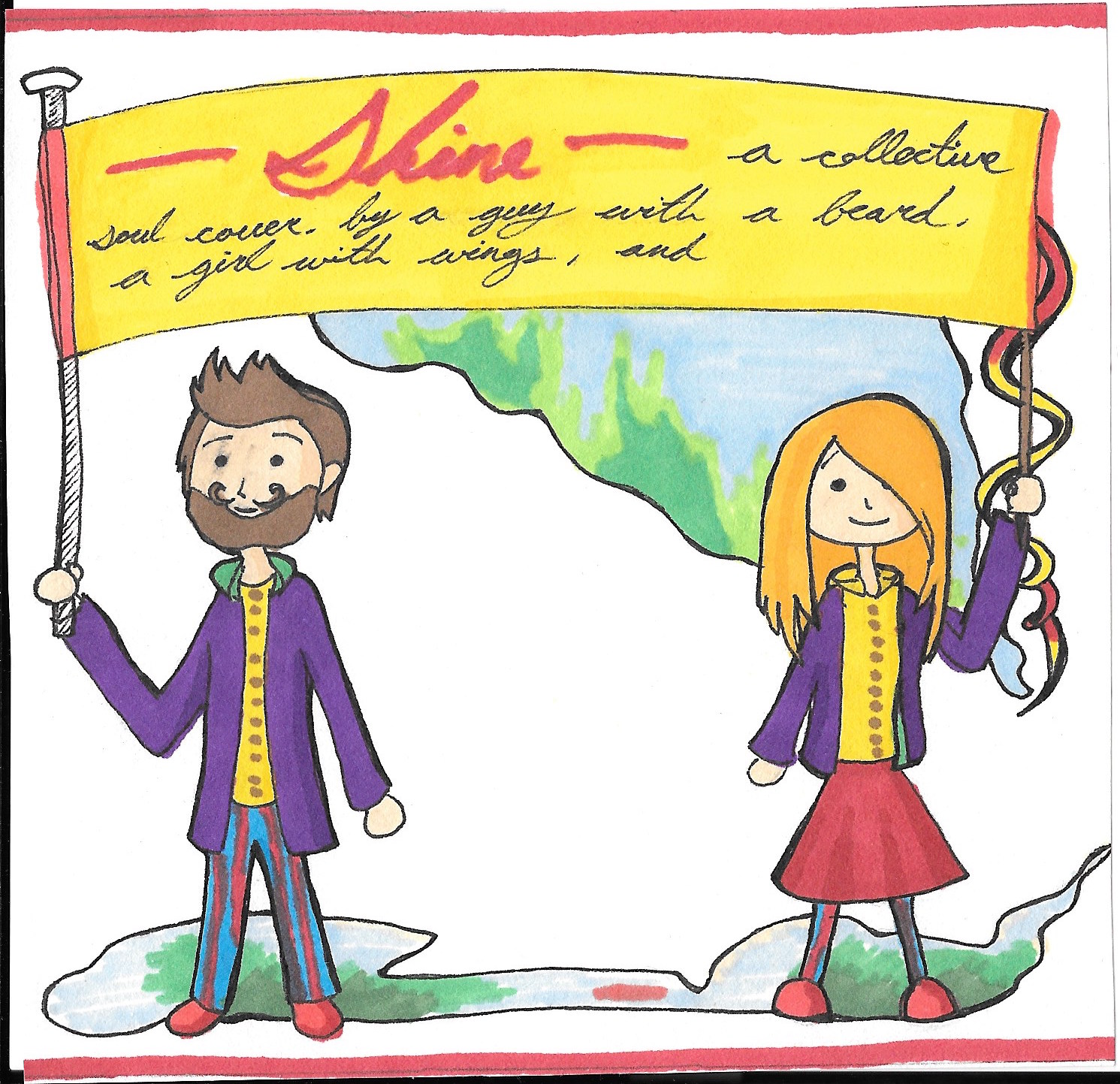 Hey guys, C & Z here. We've been meaning to release this song since January, but hey-- we moved, things changed, life's been busy, but good, but busy, and this song had to wait three more months ever so patiently.

Back at Christmas, Colton and I decided to cover a Collective Soul song called, "Shine" for my dad, as he had said earlier on in the year that it was his favorite song. So, we did, and we recorded it, and mixed it and composed and all that fun stuff, in order to get it to him by Christmas time.

Holy cow. He loved it. So much. I don't think I can emphasize that enough-- but he darn did, and we were so glad about it. Hopefully, you'll be able to share in his joy, too, at listening to it.

As far as the illustrations for the cover design above-- if you look at the original Collective Soul album "Shine" was on, you might see the hints and silly things we threw in.

And moving! So, back in January, we were also offered some jobs up at Hume Lake Christian Camps, and we couldn't say no. They were not only too fantastic, but we had friends already doing life there, and duh-- the mountains and forests and lake. So February 23rd, we moved, Colton and me. It's been, again, more adapting and new life-ing, but it's been really fun and fantastic-- and yes, music is definitely still happening, as we drive back every weekend to practice with the band for a conference in June (15 songs, ya'll), and I am finishing up a song I've been working on since November (along with that album I keep taunting about-- it's taking me forever, guys. I have too many things I like to do, and so my time gets split up between them all. Did I mention I was writing a book, too? Yeah. I'm writing a book, too. Please don't hate me). Writing new songs with the band, and with Colton, and with a few of our new friends up at Hume (as there's a plethora of musicians hanging out up here).

So that's where we're at now, and what we're doing. We're enjoying it. And yes, new music. It's happening. Sometimes. At really slow lengths. But it is happening. 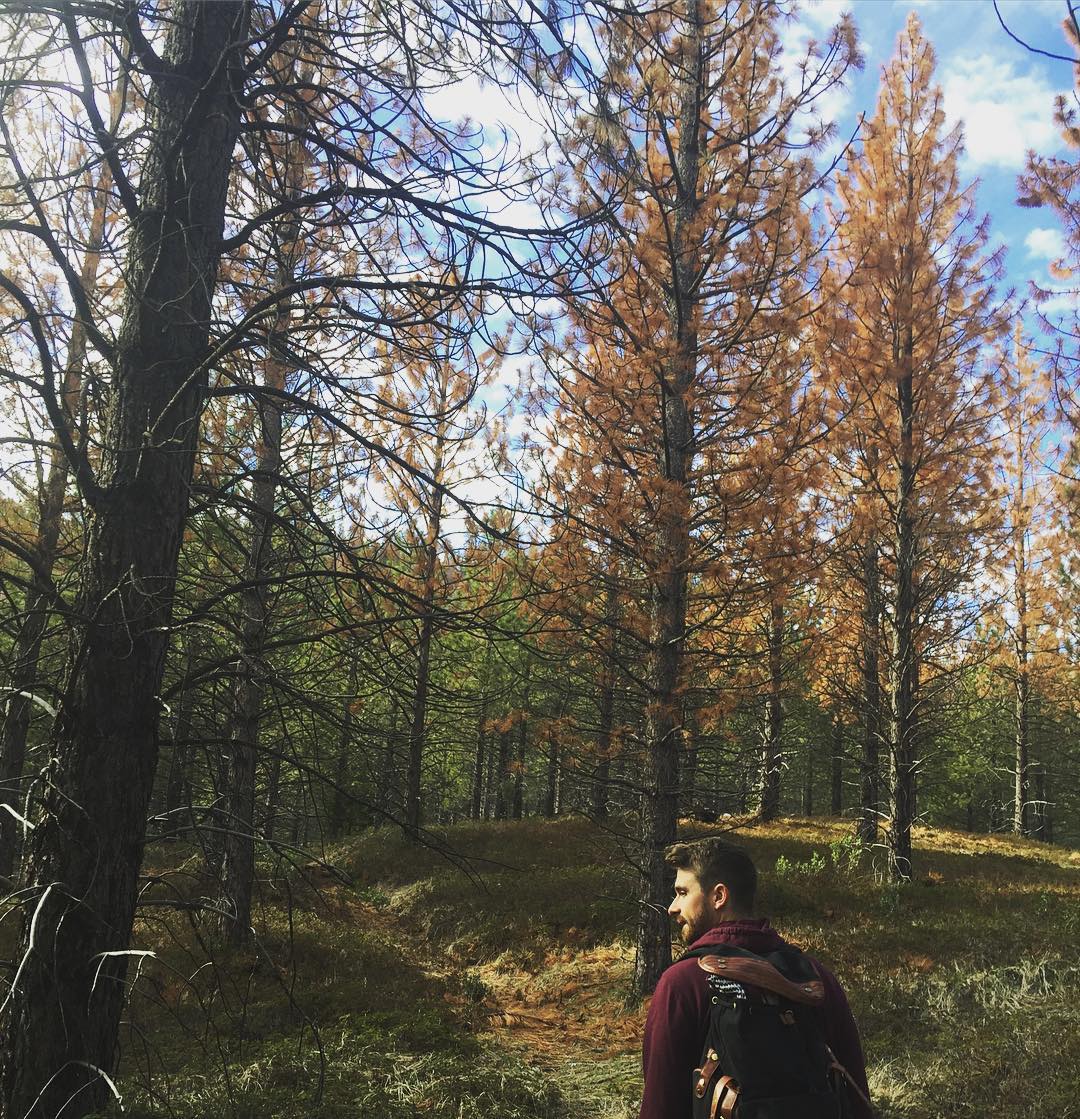 Howdy, folks, Z here. Happy November, winter, and all the awesome holidays that occur this time of year from C & Z and band-family! So, as it is, we've been here in Cali almost three months, and have been able to work on the musical stuff a lot, which has been awesome. Not any touring or shows planned out quite yet (though we are getting some Christmas show requests coming in), but it has meant a bit of songwriting, recording, composing, and sharing has been going on. 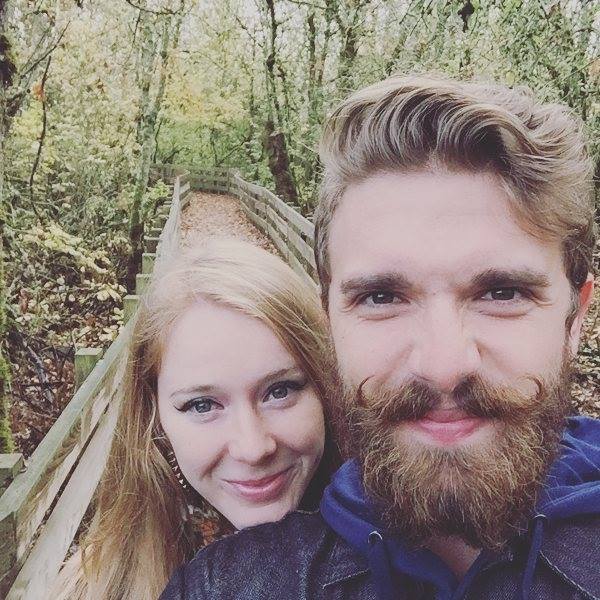 With that said, above here is the EP we've been mentioning since May: this is an album based off of some people in our lives who have encouraged and supported us along the way with music (though it's not even a fraction of all of you who have been supportive towards us; oh no, we are fully aware how much you have done for us, cared about us, encouraged us, prayed for us, etc., and we gratefully, joyfully hope to repay you with more songs and music and other artsy things for you to enjoy). It contains favorite covers of theirs, and a few adventurings of our own originals, as we dallied with writing songs exclusively FOR people (and with ourselves also learning the ropes of composing, recording, mixing and engineering on our owns, to further our creativity).

So, with that said, our current main plans still revolve around work and settling in, but nonetheless, Colton's been songwriting, mixing, and learning trumpet,  and I've been composing/songwriting new music, recording my own full album (halfway through!), sharing art (if you're interested, it's on my own Facebook currently under albums), and writing a book. Annnd, of course, the performers in us are starting to itch for a few shows and touring-- but, one thing at a time, we remind ourselves.

For those we made this music for:
Heritage-- for my grandma Bonnie
My Sister and Me-- for Stevie Schrag (Colton's sister)
Mummer's Dance-- for my dad
I Wonder As I Wander-- for my mom
Drops of Jupiter-- for our friend, Dominick Farone

We hope you enjoy this little EP!
Yours, C&Z

Chillin' and Waitin' For Baby Hadden Schrag To Arrive: The Murmuration Xmas Break! :)

Spending time with the family band, and prepping to celebrate the arrival of Stevie and Darren's baby, Hadden, into the world! :) 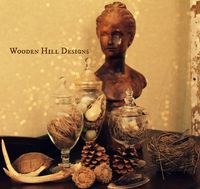 Featuring: The Colton and Zara Band Of Course Not Light Up The Darkness

Martz Trans w/ Dark From Day One, Arya, Synphormi, Wait For It